TUSCALOOSA, Ala. — Bryant Bank would like to congratulate Scott M. Phelps on his unanimous election to fill the 4th Congressional District seat on The University of Alabama System Board of Trustees.  The seat was previously held by Trustee Emeritus Paul Bryant Jr., a long-time member and past president pro tem who retired from active Board service in September 2015. The 15-member Board of Trustees is responsible for the oversight of Alabama’s largest higher education enterprise, which includes The University of Alabama, UAB, UA Huntsville and the UAB Health System.  Alabama’s largest employer, The UA System enrolls more than 63,000 students and has an annual budget exceeding $5.3 billion. 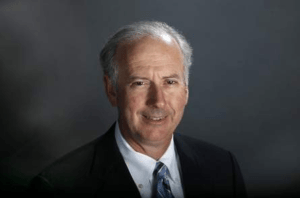 He began his professional career with the Birmingham law firm then known as Bradley Arant Rose & White, joining the firm in 1979 as an associate and becoming a partner in 1985.  His multi-state practice included a broad and diverse list of individuals, businesses and corporations. He was admitted to practice in various state and federal courts as well as the Supreme Court of the United States, where he argued and won a case in 1988 at the age of 33.

He helped organized Bryant Bank in 2005 and has been active on the Board as bank Secretary for the last 10 years.  Involved in many local and state activities, he was tapped by Governor Robert Bentley to serve as a member of the Oversight Committee for the Governor’s Emergency Relief Fund after the April 27, 2011 tornadoes.  From 1995-2005 he was an adjunct faculty member at the UA School of Law.

In addition to Phelps’ election to the Board of Trustees on November 6, the Board unanimously re-elected current president pro tempore Karen Brooks, a member of the Bryant Bank board, as well as James Wilson III of Montgomery, Ronald Gray of Huntsville and Harris Morrissette of Mobile.