TUSCALOOSA, Ala. – On September 27, 2016 the Chamber of Commerce of West Alabama announced six Civic Hall of Fame Inductees. 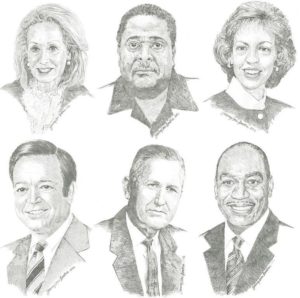 It is with great honor that Bryant Bank recognizes Board Member, Karen P. Brooks, among those elite individuals selected.

For Karen Brooks, continuing a legacy of giving back to the community her family loves has become a goal in life.

After attending the Tuscaloosa County School System and graduating from the University of Alabama, Brooks embarked upon a professional career with Phifer, Inc., where she now serves as Co-Chairman of the Board of Directors, Vice President and Treasurer. As she fulfills these demanding duties within her family’s company, Brooks also serves as the Adopt-A-School Director for their partnership with Westlawn Middle School and is a board member of the Reese Phifer, Jr. Memorial Foundation alongside her sisters Beverly Phifer Wingard and Susan Phifer Cork.

In Brooks’ most recent leadership role as the University of Alabama System Board of Trustees’ President Pro Tempore, she has faced many challenging issues. In times of transition at various levels in the three universities that make up the University of Alabama System, Karen has faced those challenges with courage and humility, and all in the public eye.

To learn more about the Civic Hall of Fame and each selected honoree, please click here.